It's the most wonderful time of the year - Oscar Season!

Eight movies have been nominated for the prestigious title of Best Picture of In this very special bonus episode of Beyond The Box Set, we rank this year's Best Picture nominees from worst to first, and predict who we think will be taking home Oscar Gold on Sunday night In the second half of our epic review, we look back at the movies we watched between July and December and deliver our final verdicts - complete with increasingly drunken and dissolute sequel ideas In addition to pitching sequels to old films, we also watched a lot of new releases in So we thought we'd end the year with a look back at everything we caught at the cinema over the past 12 months, while also attempting to pitch some very quick sequel ideas for them.

This was a very silly idea that turned into a literal all-nighter, so we've split the results into two parts. Here's part one, in which we ran down everything we saw between January and June. Spoilers abound, obviously! Put simply, 'The Birdcage' is one of the funniest movies ever made. A sequel without Robin Williams is obviously almost impossible to imagine, but we did find ourselves wondering how Nathan Lane's flamboyant Albert would cope with the loss of his remarkably patient life partner.

Every week on Beyond The Box Set, we take a classic standalone movie and compete to pitch sequel, prequel and spin-off ideas to bring them back to the big screen. Sometimes they're completely ridiculous, other times they're strangely inspired, but either way they're guaranteed to out a new perspective on some of your favourite movies.

Our show is available on all good podcasting platforms, including iTunes, Spotify, aCast and Google Play. It's a passion! It's a fashion! Written and directed by Steven Antin - who we suspect might possibly be a well-connected gay man with no self control - Burlesque may have been a donkey at the box office, but chances are it'll be screening at drag bars and bad movie events until the end of time. Beyond The Box Set is a movie review podcast with a twist.

Every week, we take a classic - or questionably classic - piece of standalone cinema and compete to pitch the most ridiculous sequel, prequel or spin-off ideas we can think of to bring them back to the big screen. Our show is available on all good podcasting platforms including iTunes, Spotify, Stitcher and aCast. If you enjoy the show, please consider subscribing for a new episode every Friday morning - and if you're feeling really generous, leave us a review too.

It makes us feel good and really helps us to find new listeners.


Join us as we discuss warring divas, Isabella Rosellini going full panto and why we love Bruce Willis playing cartoonishly against type. At Beyond The Box Set, we believe that every great movie deserves a faintly unnecessary sequel.

Each week, our two hosts take a look at a classic standalone feature film and compete to pitch the most ridiculous sequel, prequel or spin-off ideas to bring them back to the big screen. She sings! She acts! She directs! Barbra Streisand is perhaps the ultimate triple-threat pop icon, and she makes her Beyond The Box Set debut this week as we pitch sequel ideas for her passion project Yentl The story of a plucky young? In addition to directing and starring in the movie, she also produced it and co-wrote the screenplay. In this week's episode we discuss Yentl's surprisingly complex depiction of gender and sexuality, the unexpected sexiness of 80s Mandy Patinkin, why the soft focus lighting is practically a fourth character in this movie and much more It's the whip-smart cult comedy that revived Robert Downey Jr.

Kiss Kiss Cillit Bang, anyone? Every week on Beyond The Box Set, we take a classic standalone movie and compete to pitch the most ridiculous sequel, prequel and spin-off ideas to bring them back to the big screen. We've covered everything from timeless blockbusters to beloved cult classics, and quite possibly ruined them all with our sacreligious and frequently unfilmable reboot concepts.

Dan Sinker and Maureen Johnson—one journalist and one author—try to figure out what the hell is going on. Maybe, together, they can figure it out spoiler alert: probably not! Why not grab your coffee or something stronger and pull up a chair? A podcast about election-related prediction markets, hosted by two friends who used to play in a secret band no one was allowed to know about. Hosted by Jon Kimball and David Rees. Welcome to Decision - Speeches of the Presidential Election! On this podcast you will find every speech from all the Democratic and Republican candidates as well as each of the debates in full.

Decision - Your home to the Presidential Election! Share and Enjoy! Welcome to Political Trade Secrets, where we reveal how elections are won. Each week, we take an inside look at campaigns and politics We pull back the curtain, look under the hood, and investigate all aspects of successful campaigns and politicians, regardless of political party. Please leave a review and let us know what you think and what topics you'd like to hear more about. 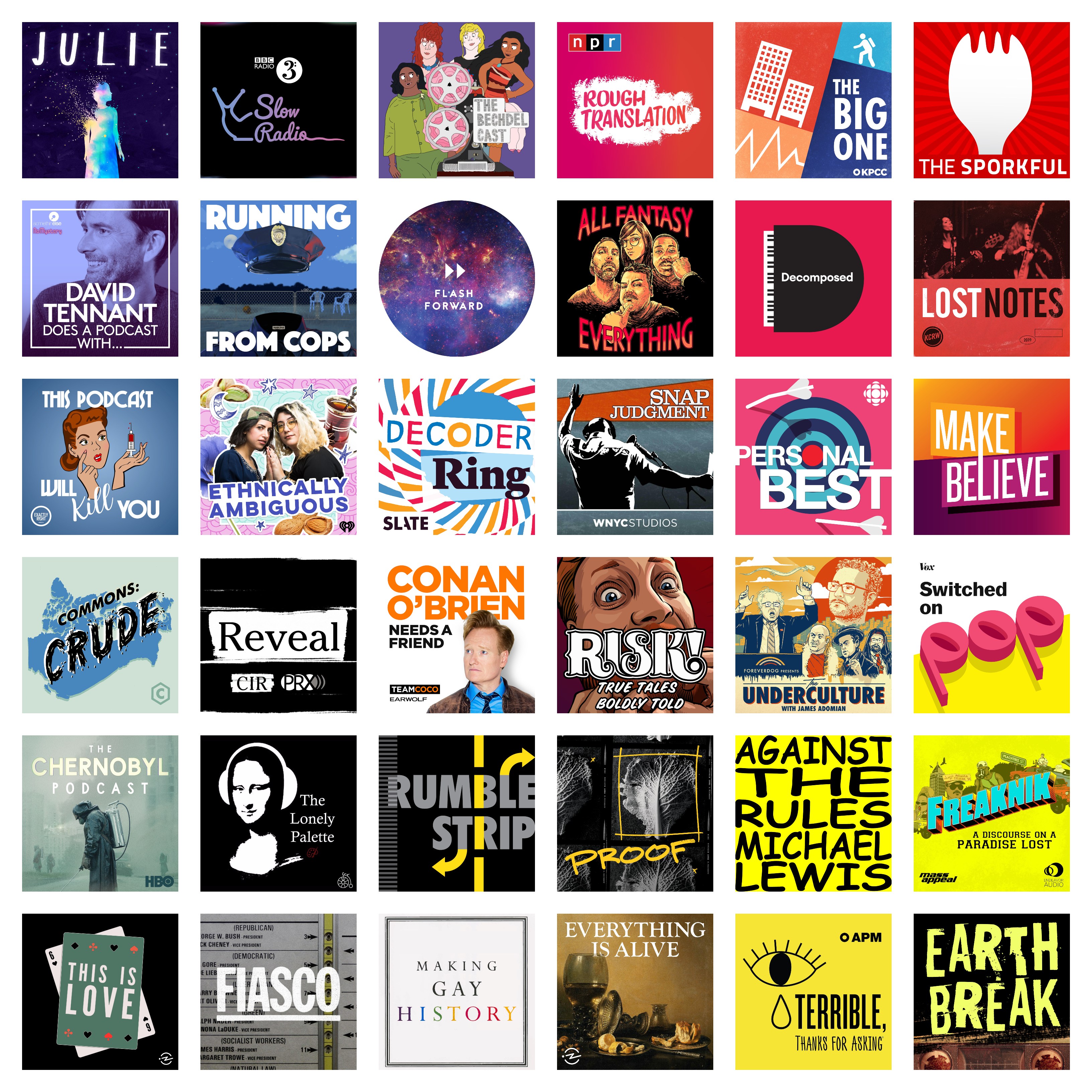 Campaign Context: An Interdisciplinary Election Podcast consists of discussions with academic experts on the themes, candidates, and issues of the U. Website at www. A weekly podcast about the campaign. Produced by the folks at DecodeDC out of the Scripps Washington Bureau, it offers insight, a healthy dose of skepticism and some profanity.

Tune in Wednesdays. Play later. Freedom Caucus member, Congressman Jim Jordan of Ohio, who sits on the House Judiciary Committee and was there today with Nutty Nadler, is here to talk about the ridiculous hearing this morning by the House Judiciary committee.

Jordan is on this committee and has been a driving force for justice in the defense of the Trump administration. The crew shares a preview of FiveThirtyEight's polling averages in the early states. They also discuss the path Trump's presidency is on. In a rowdy televised hearing, Democrats laid out a detailed case against the President. They focused on four areas of misconduct including abuse of power and obstruction of Congress. Republicans aggressively pushed back by attacking the investigators. In a hearing summarizing the findings of the impeachment inquiry so far, Democrats said they believe the case for removing President Trump from office is clear.

And in a report released Monday afternoon, Justice Department Inspector General Michael Horowitz found that the department's Russia investigation was "properly" predicated and conducted By Justin Robert Young. Nancy Pelosi is having a moment.

The Speaker of the House has deftly guided her party through the inquiry, but now her caucus faces a massive decision: should the articles of impeachment include a charge related to the Mueller investigation? CNN political director David Chalia Now that Speaker Pelosi has announced that the House will draft articles of impeachment, Democrats must decide how wide or narrow those articles will be. Plus, national political reporter Laura Barrón-López and reporting fellow Maya King talk to Scott about the demographics on the campaign trail -- why Cory Booker and Kamala Harris have struggled to make inro Indivisible co-founder Leah Greenberg joins Matt to talk about her new book and the path forward for democratic reform.

Elise Stefanik of New York, represents a vast district NY- 21 north of Albany that stretches to the Canadian border, has received some newfound fame following her participation with some other key Republicans in the fight against Shifty Schiff and the Schiff Sham show. The Democratic Party faces the prospect of a debate in two weeks with only white candidates onstage. Earlier, they had the most diverse presidential candidate field in history.

This episode: political correspondent Scott Detrow, political correspondent Asma Khalid, and political reporter Juana Summers. Connect: Email the show at nprpolitics npr There's no turning back now. Speaker Nancy Pelosi instructed her House colleagues to draft articles of impeachment. What will those articles look like? Will obstruction of justice related to the Mueller investigation play a role? Plus, Pelosi has a heated exchange with a reporter about whether or not she hates President Trump. CNN political dir This week, we play out a few scenarios of how the Democratic primary might unfold in the early states.

Then we discuss what the departures of Harris and Bullock could mean for the race and the party.

Finally, we break down a poll that looks at how President Trump ranks against previous Republican presidents. We review the House testimony from legal scholars on whether Trump committed an impeachable offense and check out the results of our polling collaboration with Ipsos. Carter Page, former Trump policy advisor discusses the ridiculous charade today being put on by nutty Nadler and his merry minions. Carter has been a victim of these lies for over 2 years now, and is fighting back. The Sean Hannity A panel of four constitutional law scholars are trying to put the allegations against Trump in a historical and legal context.

Three of the professors support impeachment, one is opposed.

Dan and Maureen had a few issues getting the recording done this week. Dan threw a pair of scissors, then the internet broke, like, twenty times. So our friends are not as well as they might be. That is what Maureen is here to remind Dan. Dan has othe The crew reacts to Sen. Kamala Harris's decision to drop out of the Democratic primary.

Democrats on the House Intelligence Committee unveiled the report summarizing their case for impeachment on Tuesday. Plus, California Sen. Kamala Harris is dropping out of the presidential race, citing a lack of funds. This episode: political correspondent Asma Khalid, political correspondent Scott Detrow, national security editor Phil Ewing, a There's "overwhelming" evidence of President Trump's misconduct, according to the impeachment report released today by the House Intelligence Committee.

While the report paints a damning portrait of the president, none of the facts are new.

https://dingladumbcalbeanc.gq Are Democrats making a mistake by failing to force testimony from additional witnesses like John Bolton a Dara and Matt on the congressional debate over Trump's trade deal. The crew looks at which candidates are racking up endorsements and whether there's a meaningful trend in favor of Biden. December marks the potential beginning of the end for the impeachment inquiry. With a self-imposed deadline looming, Democrats are likely preparing to draft articles of impeachment.


Yet the White House is still resistant to participation.